While we don’t have a clue who the Baltimore City resident is that complained so vehemently about TNR efforts in his or her neighborhood that it necessitated a full-on City Council hearing, in hindsight, we’re glad they did.  It was a fascinating glimpse into an army of organizations and lone wolf volunteers who spend their hard earned dollars and precious time dealing with a situation that most don’t even know exists. 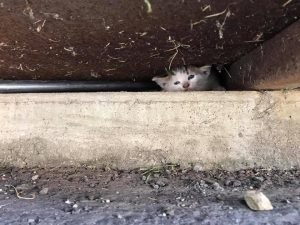 We’re talking about cats.  Those furry little purr machines that either turn people into oohing, aahing mush or hardline hate.  More specifically, we’re talking about the thousands of strays, ferals and an umpteen number of hapless little ones that are dumped, abandoned and/or thrown out of their homes every day.  It’s an age old problem, but the methods for dealing with it have thankfully changed over the last decade or so.   What once was “managed” by trapping and euthanizing whole colonies is now dealt with more humanely by trapping, spay/neutering and returning the cats to where they were found.  And according to Baltimore City Councilman Bill Henry, therein lies the problem.

“Can’t you trap, spay/neuter and then return them somewhere else?”

On the face of it, that seems like a fair enough question. But if you live and breathe TNR like BARCS, MD SPCA, and Community Cats Maryland do on a daily basis – it’s cause for serious concern.  And that was evident by the number of people who packed the chambers until it was standing room only. (No mean feat considering the hearing was held at 10am on a workday.)

“If we were to take a cat from one location and then drop it off somewhere else,” explained Grace Felner who heads up BARCS’ Community Cat Program, “It would only have a 40% chance of survival.  It’s also inhumane and illegal.   Leaving a cat where it has no food source and no shelter would be considered abandonment under City law.”  (It’s also important to note that the majority of returned cats are already thriving in that area with one or more City residents taking an active part in their regular care.)

Throughout the testimony of the Baltimore City Health Department, Baltimore City Animal Control and BARCS, it became clear that Baltimore’s TNR program is based on years of research and best practices with the statistics to back it up.  The only way to solve the issue of cat overpopulation is through education, spay/neuter resources for low income families and rigorous TNR.

BARCS’ program was first implemented in 2013 with a $1M grant, spread over three years, from Best Friends Animal Society and PetSmart Charities.  Over that time period, they’ve seen a 9.6% decrease in adult cat intake, a 45% decrease in kitten intake and a 73% decrease in feline euthanasia overall.  When the grant ended, the Maryland State Department of Agriculture and the Petco Foundation were so impressed with the results that they committed to funding it through 2018.

It’s no small feat. Over the past three years, BARCS has spayed/neutered over 10,000 outdoor cats and yet still receives approximately 20-30 emails, calls and text messages DAILY from community members asking for assistance in their neighborhood.  And that’s just scratching the surface.  Groups like Community Cats Maryland and Feline Rescue Association, along with a myriad of solo cat ladies and cat guys are out there 24/7 picking up the slack.  Those who are privy to their private TNR networking page can see an endless series of posts launching into action as new kitties, hurt kitties, sick kitties and kitty colonies are found.

After exhausting the question of “can’t you just return them somewhere else” – the conversation turned to feeding stations.  “Shouldn’t feeding stations be approved by the neighborhood?” asked Councilman Henry.  “There’s an inequity of setting these up and not asking the opinion of the community.”

As Jennifer Brause, Executive Director of BARCS explained, “If you need everyone’s approval, you’re talking about requiring permits.  So one neighbor complains and you can’t get it.  So what do you do now?  The cats are still there.”

That said, BARCS does work with residents to make sure the feeding stations are in the most discreet location.  They also offer deterrents to those who would prefer not to see any paws on their property.  These run the gamut from high powered ultrasonic machines to suggesting do-it-yourself solutions like planting lavender, lemon grass, thyme and basil.  Some people have even invested in automated sprinklers that go off when they detect motion.

“I will try really hard NOT to look enthused about that,” joked Councilman Henry.

What no one finds humorous is the very real link between cat overpopulation and income.  As part of their city-wide TNR program, BARCS keeps detailed maps of known colonies and, not surprisingly, the lion’s share is in low income neighborhoods that are strapped for resources. In the days leading up to this hearing, the council received numerous letters and emails – all of which were pro TNR and one which was especially poignant.  One caretaker recounted the story of neighborhood kids who now help with the process and upon learning that food would be provided led one 10-year old helper to exclaim, “That’s so cool, I won’t have to share my dinner anymore.” 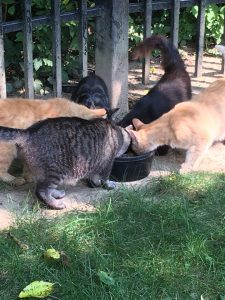 Compassion figured prominently in the testimony that day, but so did fact-based recognition from some very powerful allies.  Our own board member and co-founder Caroline Griffin testified on behalf of two other organizations she serves – the Maryland Spay Neuter Advisory Board and the American Bar Association. “BARCS has an incredibly vibrant and successful TNR program. It ranks highest in the state and I can tell you, any curtailing of this program would have the consequence of increasing animal cruelty.”  She went on to note that this past August the American Bar Association went so far as to issue a resolution, backed by extensive research, that for non-lawyers translates into “If you have a TNR program, support it and if you don’t have one, get one.”

A total of 30 individuals testified – only one was anti-TNR or, perhaps more accurately, anti-cats. “For the past four years, I’ve been the victim of feral cats,” said one woman. “I live between four cat lovers and I’m allergic to cat dander and cat hair.  I’ve complained on numerous occasions and I would like something to be done by the city.”  Although it wasn’t clear whether the cats in question were, indeed, feral, strays or neighborhood pets, it was evident that their presence was causing her concern.  One council member suggested she speak with BARCS and see if some deterrent methods couldn’t be arranged.

The one thing missing from Tuesday’s testimony were any of the horror stories experienced by trappers and caretakers.  As eyes on the ground, they’re often the first to come across abuse and neglect cases.  In fact, just a few days before the hearing, it was a group of kitty caretakers that came across a dog tied and left abandoned on a deserted block of vacants.  After notifying Animal Control, they were able to give it food and water until officers arrived. 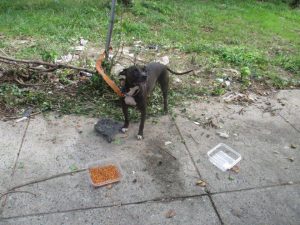 What’s so striking is that the majority of these people are doing it on their own dime and their own time.  And they’re doing it in neighborhoods that few of us would dare to venture.

Like everything these days, cat overpopulation is an emotional issue.  On one side are a legion of cat lovers who passionately believe that, as a community, we have a responsibility to care for all residents whether they walk on two legs or four paws.  On the other side are those who say the mere presence of a cat sends them into an allergic reaction.  Ironically, the solution for both is the very thing the hearing was meant to question –  TNR. 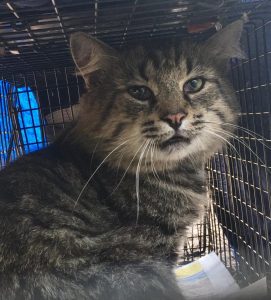 After listening to all the testimony yesterday, it struck me that TNR is one thing Baltimore City is doing right.   Here’s hoping that a packed chamber and reams of proof might encourage the Baltimore City Council to not only increase their support, but also consider some level of funding next year.

Note:  In the spirit of full disclosure, I am “Mom” to a former Baltimore City street cat.  He was part of a colony in South Baltimore for a year, but as one of the “friendlies” had become an easy target for abuse by neighborhood kids.  After being pulled to neuter, a local rescue, fearful for his safety took him into foster.  It breaks my heart to think what might have happened to this sweet little guy who brings so much joy to our lives had there NOT been a TNR program or a cadre of kitty angels looking out for, what otherwise would be, the forgotten ones. 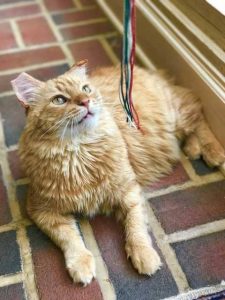 3 thoughts on “Can’t You TNR Somewhere Else?”