It must’ve been fate. I can’t think of any other reasonable explanation for how I crossed paths with SYSS.  It started at a crowded Starbucks, crammed next to Caroline and Sande on three barstools. If you ask them, I was shanghaied onto the team. If you ask me, they were gracious enough to bring me into their exclusive “animal-lovers-club”.

Our short, 30-minute Starbucks date was full of eye-openers. Being an animal lover myself, I was very familiar with the SYSS campaign…or, so I thought. It turns out that SYSS isn’t run through a super well-off advertising agency in a fancy L.A. office. The “agency” consists of three women in Baltimore. Mind blown.

But, if SYSS is able to bring big-name celebrities, like Kaley Cuoco and Tommy Lee, they MUST have a ton of donations and sponsorship requests pouring in, right? Wrong again. I was shocked to find out that Lori, Caroline and Sande all contribute a lot of their own resources and money to the campaign. Mind blown, again. My jaw dropped when Caroline explained that many of the costs associated with the campaign are taken out of their own pockets. How could this be? My first thought was that most people, like me, were under the (wrong) assumption that SYSS had more than enough donations to cover costs.

So, SYSS isn’t a big-shot ad agency in L.A., they aren’t rolling in dough, but they certainly must all be seasoned advertising and public relations professionals. Wrong, again. 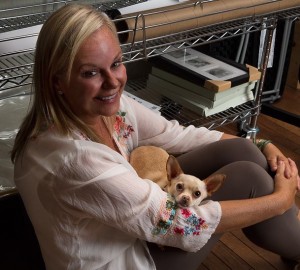 Sande is actually the only one with a background in creative advertising. She moved to Baltimore from the D.C. area to become Group Creative Director at an advertising agency. After traveling around the world (check her passport, I’m serious), she decided to dedicate her life to projects that truly cared about. She created Outlaw Advertising, her own ad agency, and did just that. Sande is the mastermind behind the idea of bringing “tough”guys and animals together to send a message: Only a punk would hurt a cat or dog.

Lori is a Promotions Director at 98 Rock and WBAL NewsRadio 1090. Her expertise is promotions and SYSS wouldn’t be a success without her. Lori uses her connections and chutzpah to recruit new celebrities for the cause. Without Lori, the campaign wouldn’t have close to 100 committed Softies. 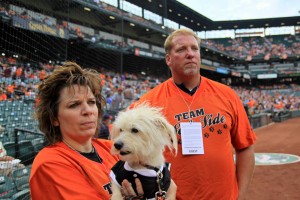 Caroline’s background is in the legal system. She was a practicing attorney for over 20 years, but has devoted herself to animal protection for the past five years. As SYSS has grown, her expertise in all-that-is law has become a blessing. She has been able to make great strides for defenseless animals by testifying before the legislature, writing about animal issues and speaking to various groups about animal cruelty. 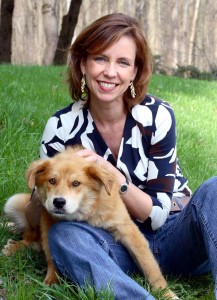 To recap, SYSS consists of three women, who, for all intents and purposes, are just like you and me. I asked myself, how is that possible? The campaign has become nationally recognized and has brought so much attention to the needs of animals everywhere; how do three women do it all? The answer is simple: it’s a labor of love.

I asked each of the women what their dreams are for SYSS. Although articulated a bit differently (Lori jokingly mentioned “Oprah money”), they each said they want to spread the message of anti-cruelty as far as it can go. To do so, they need help. Donations, sponsorships and volunteers would help the ladies bring this message to every corner of the country.

In the meantime, I’ve been brought on board to help with the PR and marketing efforts. My first assignment: create a press release for our upcoming Boot Camp Fundraiser at Sweat Performance fitness center. The press release was a piece of cake; unfortunately, Mother Nature wasn’t going to make getting to the event that easy. The Boot Camp was scheduled for Sunday morning, only a few hours after Baltimore was hit with the biggest snow storm of the season. 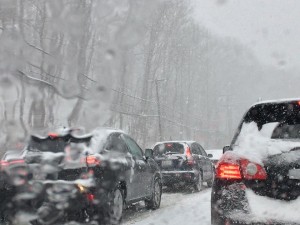 In true SYSS fashion, the show must go on. Each of us, tired, wet and cold, managed to dig our cars out and make the trek to Timonium. Again, in true SYSS fashion, we all opted OUT of getting our butts-kicked by Big Softie Nick Ehrlich. Instead, we chose to sit on the sidelines, cheering on the dozens of SYSS supporters and Nick Ehrlich “fans” who faced the wintery cold and slippery ice. 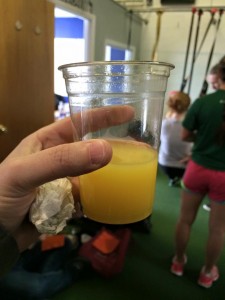 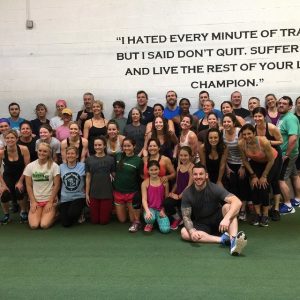 If this event was any indication of what lies ahead in my work for SYSS, I can’t wait!

We couldn’t be happier to welcome Cayla Baker into the SYSS family. This month, she’ll be meeting photographer, Leo Howard Lubow (along with his assistant, Archie), sitting in on upcoming shoots and reporting on what goes on behind the scenes at SYSS.

1 thought on “How I Was Shanghaied By SYSS”