The world has condemned the recent killing of a lion named Cecil that lived in Hwange National Park in Zimbabwe and American dentist and trophy hunter Walter Palmer faces extradition charges for illegal poaching. The Wildlife Conservation Research Unit of Oxford University had been following Cecil for several years as part of a study into the decline of Africa’s lion population.  Cecil was a protected lion and was wearing a collar and GPS tracking device when he was killed.

The allegations are disturbing. During the nighttime hunt, two Zimbabwean guides lured Cecil out of the national park by tying a dead animal onto the back of a truck. Dr. Palmer injured Cecil with a crossbow but failed to kill him. The hunting party followed the injured lion for 40 hours, at which time, Dr. Palmer killed him with a firearm. Dr. Palmer posed for photos with Cecil’s carcass before beheading and skinning him and authorities discovered Cecil’s rotting corpse days later.

Palmer — who has a federal felony conviction for illegally killing a bear in Wisconsin — admits to killing the lion, but denies culpability, claiming he relied on the expertise of local professional guides — to whom he paid $50,000 — to ensure a legal hunt. Zimbabwean officials have notified officials at the U.S. State Department that they seek to extradite Palmer for illegal poaching, pursuant to a bilateral treaty that permits extradition of anyone charged with an offense that is illegal in both countries.

Based on the facts as alleged, Cornell law professor Jens David Ohlin has opined that Dr. Palmer satisfies the requirements for extradition. The U.S. Fish and Wildlife Service (USFWS) is conducting an investigation into whether Dr. Palmer has violated The Lacey Act, 18 U.S.C. 42/16 U.S.C. 3371, et seq., a conservation law that governs the importation and ownership of wildlife that has been killed, transported or sold illegally. We commend the USFWS for acting swiftly.

Unfortunately, other species face even greater threats from poaching. News reports of Cecil’s death overshadowed reports from Kenya, where last week poachers killed a female elephant and her four offspring in Tsavo West National Park. Investigators discovered the elephants with their tusks hacked off and believe that poachers sneaked into the park on motorcycles from neighboring Tanzania. 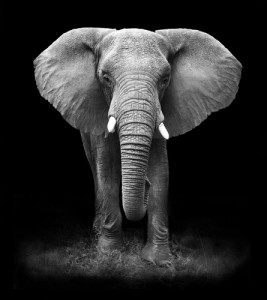 Conservation groups have long claimed that wildlife trafficking and trophy hunting are leading these animals to the brink of extinction. Approximately 600 lions are killed each year and over 30,000 elephants were poached in 2012 alone. More than half of the 18,000 trophy hunters that flock to Africa annually are American and the United States provides the second largest ivory market worldwide after China. While illegal poaching is the most pernicious and greatest threat, most Americans view trophy hunting as gratuitous killing and the exorbitant fees that it commands do not necessarily support conservation efforts as claimed. Zimbabwe has responded by suspending hunting around Hwange National Park. But Americans also have blood on their hands and can and should take action to stop illegal poaching.

Only two days before poachers killed the family of elephants in Tsavo, President Obama was in Kenya and announced that he would introduce more restrictions in the U.S. to diminish the market for ivory and prevent the sale of ivory across state lines. New York and New Jersey recently passed legislation banning the intrastate sale of ivory and Maryland will consider similar legislation during the 2016 Session, which would seek to ensure that the Port of Baltimore does not fill a newly created void for wildlife trafficking.

In response to Cecil’s death, Senator Ben Cardin is co-sponsoring the Conserving Ecosystems by Ceasing the Importation of Large (CECIL) Animal Trophies Act, which would amend the Endangered Species Act by banning all imports into the United States of trophies and animal parts from African lions and other at-risk species. While the Senate considers the legislation, the USFWS should finalize its proposed rule listing the African lion as threatened under the Endangered Species Act.

We hope that these disturbing events serve as a catalyst for change and we support federal and even state initiatives to stem the slaughter of these endangered animals. Lions and elephants are more than trophies and trinkets and we must act to preserve their dwindling numbers.

This editorial was reprinted with permission from The Daily Record.