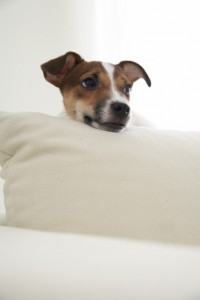 Today, former Baltimore City Police Officer Alec Eugene Taylor was sentenced to one year in jail for the choking and beating death of Rocko, his girlfriend’s 7-month old Jack Russell puppy in Montgomery County, Maryland. As many already know, Taylor resigned his position with the Baltimore City Police Department back in August in order to collect at least a portion of his taxpayer-funded pension, a perk not possible once he entered a guilty plea with the court. Like most residents of Baltimore, we have followed this story closely. The horror of what was done to Rocko was only compounded by the fact that it was done at the hands of a man sworn to protect and serve.

As Rocko’s mom so eloquently stated, “I am deeply saddened by the continuous acts of violence being committed against animals especially by those that we have been taught to trust. I can only hope and pray that Rocko’s death will bring forth awareness of the ongoing animal abuse cases we continue to see.”

We fervently hope the same thing. And we’re gratified to know that when notified about Rocko’s death, authorities in Montgomery County were quick to investigate and act. Would that same dedication to pursuing justice have been the case if it had happened here in Baltimore? No one will ever know the answer, but we can’t help but wonder given what we know went down prior to the story hitting the press.

To give you some background – on Sunday, February 2, we awoke to a very disturbing message from a trusted source saying a Baltimore City police officer had beaten his girlfriend’s puppy to death for soiling the carpet. In an effort to get further details, we were introduced and able to speak with Rocko’s mom via a private message thread that included the source and a few other local animal rescuers. We learned that Rocko’s body, as well as the text messages and photos Taylor sent after-the-fact, were now in the hands of Montgomery County detectives. We also had the name of the officer in question. We immediately went to friends to see if anyone knew Taylor. No one did but we were strongly encouraged to notify Baltimore City Internal Affairs Division of what was happening since Taylor was still an acting officer on the City force.

That morning, I placed a call to IAD and spoke directly with a detective. She never asked for my name or details, instead merely stated if it didn’t happen in Baltimore City, it wasn’t “their problem.” Finding that rather tough to believe, I asked pointblank – ‘It’s not your problem if you have a police officer on the streets, carrying a gun, that beats puppies to death?’ Her answer was curt and quick, “That’s not what I said – I said if this happened in Montgomery County, you should call them.” That was the end of our chat.

In the meantime it became increasingly clear that Rocko’s mom was starting to fear for herself – understandable given what we know about the escalating dynamics of this kind of violence. A few hours later we were able to connect her with a lawyer from the House of Ruth Maryland. As the region’s leading domestic violence program, they know better than anyone how dangerous this situation can become for a victim. We also took the step of contacting Jayne Miller, Lead Investigative Reporter for WBAL-TV who broke the story the following day.

Today that story came to an end, resulting in a one-year jail sentence for Taylor. Compared to Rocko’s death sentence – one year behind bars is just a blink in a lifetime.   However, there were many who thought that Taylor would walk free with nothing but probation over his head. We believe that may well have been the case if the public hadn’t been informed and expressed their outrage. Or if others had said – if it didn’t happen here, it’s not my problem.