Sande is a little quieter when it comes to tooting her own horn — but that horn deserves a whole lot of tooting. Let me tell you here about just one of Sande’s laudable acts, that deserves attention: The Little Man Fund, which goes toward supporting people and rescue groups that help outdoor cats in Baltimore.

Sande and her Soft Side partners established the Little Man Fund in 2017. It’s named for, and in honor of, her beloved kitty Little Man — a former street cat who, after 12 wonderful years as a highly opinionated member of the Riesett family, died on June 15, 2017. Little Man inspired the creation of Show Your Soft Side, in fact, by the tough guy’s tender relationship with Sande’s husband Don. 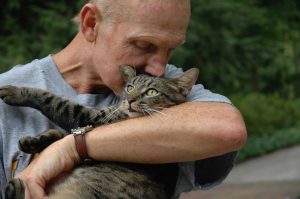 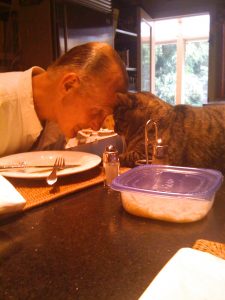 “Little Man’s heart could no longer keep up with his larger-than-life persona and we had to say a tearful goodbye to our baby,” Sande says. “Many friends donated to Show Your Soft Side in his memory and we decided to earmark those funds to help a local rescue or individual who feeds colonies and/or helps place street cats in loving homes. It’s a way for us to keep Little Man’s memory alive and make a difference in the lives of other Baltimore street cats.”

Sande says the Little Man Fund has thus far given out $4,250 to two recipients, since the project launched in June 2017, with the initial grants being announced at Show Your Soft Side’s annual Pawject Runway fundraiser.

One is “an angel named Dawn Marie who, single handedly, cares for 75 cats that are referred to as The Peninsula Colony,” Sande says. “The other is Michelle Gatos for her incredible dedication and passion for the Feral Cats of Bethlehem Steel.” 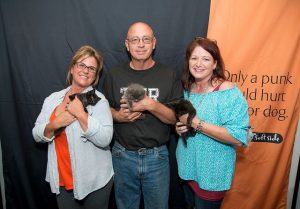 Both Dawn and Michelle are small operations, independently doing important work for Baltimore’s overlooked animals. Michelle, caring for nearly 200 cats at a time in Sparrow’s Points, has a couple of volunteers.  Dawn is looking after 50-55 cats spread out over four locations, largely just with her son’s assistance. 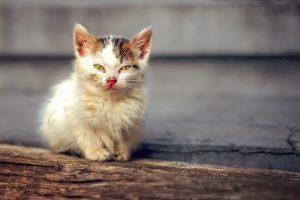 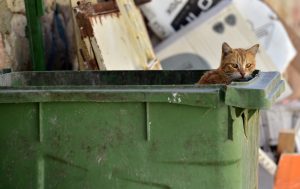 Neither has the backing of a large organization, and both count on individual donors to help them feed the cats in their care, and get them veterinary treatment such as spay/neuter surgeries and vaccinations, and more intensive treatments when a cat is injured or sick.

Both say that Sande’s support — both through the Little Man Fund, and also with her, and her SYSS partner Caroline Griffin’s, masterful way of getting the word out — has been a literal lifesaver for their cats.

“They have given us so much support and exposure to help with what is an ongoing and at times overwhelming project. We were blessed to receive the donation from the Little Man Fund at a time when it was needed most,” says Michelle. 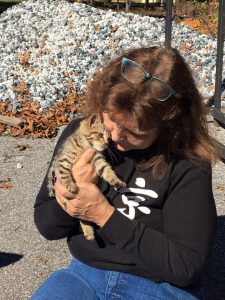 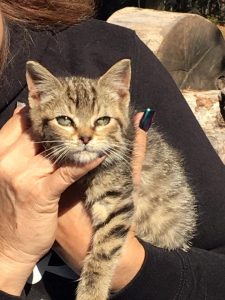 “Sande and SYSS have helped me tremendously,” Dawn says. “The donation that I was honored to receive in Little Man’s name at Pawject Runway helped me to help cats that needed dentals, entropian surgeries, enucleations, spay/neuter surgeries, and much more.” 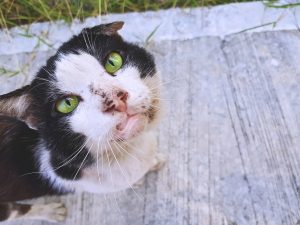 Sande says these are exactly the sorts of community cat caretakers they’re excited to help, with the Little Man Fund. The “people out there doing it on their own,” as Sande puts it. The folks who are “scraping together their own money to buy food, get kitties TNR-ed and try to pay for medical care when one of their charges is hurt or sick…The mission of the Little Man Fund is to be able to, at the very least, give them a small helping hand.” 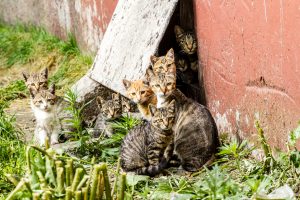 The aim is to give out donations to these sorts of people and groups, every year at Pawject Runway. If you’d like to contribute, you can make an earmarked donation to Show Your Soft Side. (Note to Sande: maybe you could call this an eartipped donation? Just an idea.)

Sande says her much-missed, much-loved Little Man “was way too much of a tough guy to ever show any kind of mushy emotion, but I’m pretty sure he’s smiling down from heaven right now.”

“I’m not sure he ever understood how much he changed our lives,” she says, ” But I think he’d enjoy knowing he played a small part in changing the lives of other kitties who weren’t as lucky as he was.” 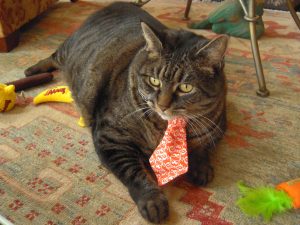 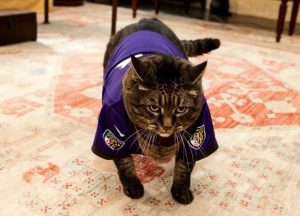 Note:  It’s estimated that there are 185,000 cats living on the streets of Baltimore City, but only a handful of angels like Dawn and Michelle.  One way to show your gratitude and support their work is with a gift to the Little Man Fund.