Anybody who spends their days following animal rescue efforts knows there are certain names that seem to constantly rise to the top. One of those belongs to an angelic-faced, steel-backboned warrior named Emily Clare.  Over the past five years, her name has been on the forefront in the fight to end BSL in Canada, Save the Chatham 21 and generally dispel the myths around a certain much-maligned breed. In fact, we heard her name so frequently and talked about so reverently in animal circles, we were curious to know what fueled her incredible passion for pit bulls. 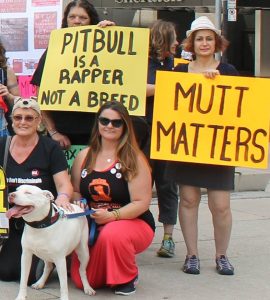 The first thing we learned is that those two words are verboten.  “Americans often use the term “pit bulls” explained Emily, “but in Canada those words can be a death sentence so we rarely use them.”

She learned that the hard way.

Emily was attending a work seminar when the moderator suggested they go around the room and tell the group about their families.  Just a little light-hearted ice breaker. When it was Emily’s turn, she told the group about her four-legged baby, a big, block-headed cuddle bug named Bella. “What kind of dog is Bella?” someone asked.  Emily cheerfully answered, “She’s a pit bull.”  Suddenly it was as if the air had just been sucked out of the room.  The group went silent and most eyes were averted to the ground.  After a few uncomfortable seconds, which seemed to Emily like hours, the moderator hastily suggested they move on.

Later that evening, Emily asked her (then) boyfriend, “Why would people react that way?” He suggested she go online, do some reading and she’d understand.  What she discovered after Googling “pit bulls” shook her to the core.  It wasn’t anything about the breed that shocked her, but instead the magnitude by which humans had failed them. That realization launched her on a five-year odyssey to fight discrimination and save lives. 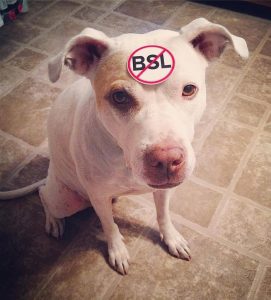 Of course, none of this would have happened without Bella who came into Emily’s life quite by accident.  The pup belonged to Emily’s boyfriend (now husband), Micheal, and she understood from the start it was a package deal –  love me, love my dog.

“It wasn’t that I wasn’t a dog person, but I grew up with fish so I just didn’t understand the connection you can have with a dog.”

Emily’s relationship with Bella was ultimately sealed on what she refers to as one of the worst days of her life.  One of the children in the African orphanage she runs passed away just days before a major fundraising effort was being launched to pay for the medical care he needed.  “We had all the plans in place, including the doctors and hospital when I got word he didn’t make it.  I remember being curled up on the couch late that night just sobbing and Bella climbed up and gently laid her head in my lap.  She knew how broken I felt and was trying to comfort me.”  For Emily, that was the day Bella stopped being a “dog” and became her first child. 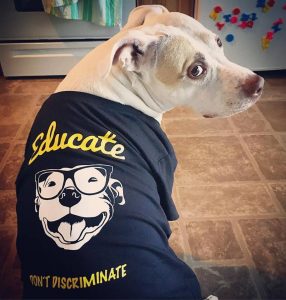 Bella has since been joined by a two-legged sister, Sydney and anyone who follows Instagram knows the love affair between those two.  What we didn’t know was that all those joyous photos have to happen in the privacy of Emily’s home because being labeled a “pit bull” means Bella’s not allowed to be outside without being muzzled and restrained. 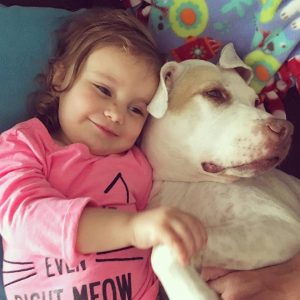 “What drives me is that I want freedom for my dog.  I don’t know if it will happen in her lifetime, but I’m determined it will happen in mine.”  So determined, in fact, that when 31 dogs were seized from an Ontario dog fighting ring in October 2015, immediately labeled “pit bulls” and sentenced to death, Emily went to war.  “All the years I’d been doing research and sharing petitions, these things only happened in the U.S. I thought nothing like this could happen in Canada and yet here it was in my own backyard.”  The shame and the anger she felt led her to join forces with Bullies in Need and Dog Tales Sanctuary, along with many other advocates, to fight via petitions, protests, media and lawyers for the lives of these victims.

“For 22 months these dogs were kept in cages with no exercise and no human contact.  The only reason they were being kept alive at all was because the people who had been charged in the case petitioned the court to get the dogs back.”

Emily is the first to stress, the real hero was Dog Tales Sanctuary, the group that not only funded the court battle, but was able to get renowned dog animal behaviorist Jim Crosby to come to Ontario to assess the dogs.  Their efforts gained international attention when #SaveThe21 became the rallying tweet of concerned citizens, along with celebs like Richard Branson, Natalie Imbroglio, Enrique Iglesias and Rebecca Corry. 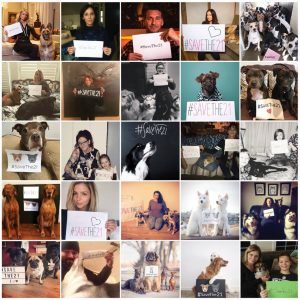 Closer to home, an army of supporters braved the Canadian winter to stand outside and protest every time it looked like the court was nearing a decision.  “It was a three-hour drive each way for my husband and I, but there were others that drove as long as six hours to be there and have their voices be heard.”  The low point was after the courts declared a publication ban leading most to believe, the fight had been lost.  “When the publication ban went into effect, people kept saying the dogs are done, but I refused to give up.” 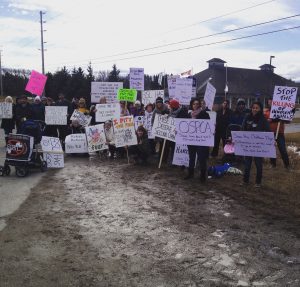 Emily’s determination was eventually rewarded.  Earlier this year, the courts forced the OSPCA to turn over the 21 dogs, along with 11 puppies to Dog Tales Sanctuary.  The battle was won, but not the war.  Because of Ontario’s breed ban the dogs had to get out of the country or the whole, long fight would have been for naught.  Two Florida-based rescues  Dogs Playing for Life and Pit Sisters agreed to take them on.   Transports were set up by Dog Tales Sanctuary and a few months ago, Emily traveled south with the final batch of dogs.  “I’ve had them climb in my lap and lick my face so it’s hard for me to understand how the very society charged with protecting these animals was advocating to kill them.” 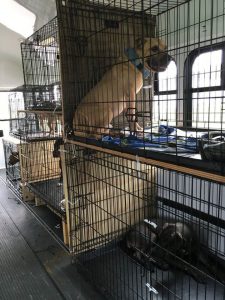 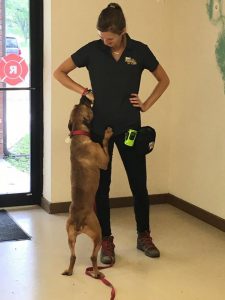 This year has been a pivotal one for the fight against BSL in Canada.  Just recently the Mayor of Montreal was voted out and a repeal of the legislation is already in the works. Emily now has her sights on seeing the same happen in her home province of Ontario.  “I have really high hopes.  Science is on our side.  Statistics are on our side.  All the evidence points against BSL, it’s really indisputable.  We often say ‘be their voice.’ Well, I have a very loud voice and I won’t shut up.” 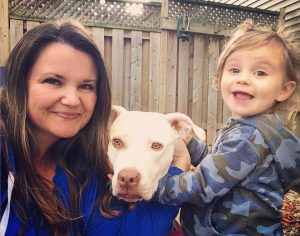 Yet there are still two words you won’t ever hear Emily Clare utter.

Recently she was out walking with Bella and Sydney when a woman pulled over and asked, “What kind of dog is that?”  Emily quickly responded with her well-rehearsed answer, “She’s an awesome dog.”   The woman winked, lowered her voice and said, “I know, I have a pit bull, too.”

#BeTheirVoice isn’t just a hashtag, it’s a responsibility we all share.  To lend your voice to the effort, follow Emily’s Facebook page, United Paws – an online gathering place for advocates to work together for a common cause.