Like many, I cringe every time I hear about someone surrendering a pet and think to myself, that would never be me.  If I had to move, Bugs and Buster would come with me.  If I got sick, I’d find a way to care for them.  And if a family member suddenly became allergic, well that’s what dermatologists and ENTs are for.

But the one question I’ve never asked myself is – would I surrender my pets if my safety depended on it?  Or even worse, if theirs did?  Would I then drive my boys straight to the nearest shelter and say a gut-wrenching good-bye?

God willing, I’ll never be faced with that situation, yet it’s one that thousands of women have to deal with each year. In fact, surveys conducted among residents of domestic violence shelters found that 20 to 50 percent say they delayed their decision to flee because of concerns about the fate of their pets.

And they have good reason to fear.

One Baltimore City Police Sergeant still shudders when she talks about answering a domestic violence call to discover the abuser had not only beaten his girlfriend to a pulp, he’d also put her puppy in the broiler.  When she begged and screamed and cried for him to let the puppy out, he propped a chair against the oven door and said, “You’re next, bitch.” 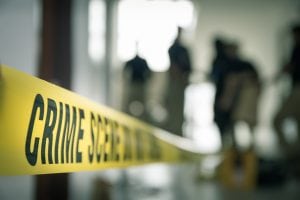 The scene was gruesome and one that none of the responding officers will ever forget.  Ultimately, they were able to get the woman to a domestic violence shelter while rallying a local rescue to find a foster for her one remaining dog, but that’s the exception to the rule.  While it’s difficult enough for a victim to find safe refuge, rarely are their pets included in the deal.

That’s why a program like RedRover’s Safe Escape is such a simple, but extraordinary lifeline for victims in need.  They provide grants for temporary pet boarding while a client is in a domestic violence shelter so the animal can be out of harm’s way and cared for until the client is back on her feet.

For women like Shari, that can mean the difference between staying put or getting help.

“We’d only been dating for a couple of months when I decided to break it off,” she recounted. “That infuriated him so he broke in one night.  He beat me, choked me and trapped me in my bedroom for four hours.” “My dogs hid,” she told me, her voice cracking. “It’s like they knew if they didn’t, they’d be hurt, too.”  Her dogs, Doja and Oliver, are Shari’s life and the first ones she ran to after finally getting free.

One of the responding police officers encouraged Shari to reach out to a local domestic violence shelter.  Because of the severity of her attack, they made room for her immediately, but there was one major sticking point.  “They told me someone would come to get me right then and there, but I told them I can’t go now – what about my dogs?”  The shelter put a call in to RedRover and within 48 hours, Doja and Oliver were safe at boarding. “Knowing they were being cared for was the only reason I was willing to go.” 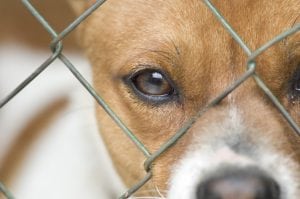 Without RedRover, the only choice most women have is to stay in a violent situation or surrender their pets to a local animal shelter knowing they’ll never be able to see them again.  Lisa at Baltimore Animal Rescue & Care Shelter (BARCS)  still tears up when she remembers one especially poignant case.

“The husband worked night shift so the family needed to get out before he got home.  I met the woman and her two little girls at 5:30 am so they could surrender their dog. The kids were hysterical and she was begging me to find a way to hold him until she could get back on her feet.  She wanted her daughters to have the one thing that made them feel safe and that just broke my heart.”

This happened over a year ago, yet Lisa still gets emotional as she recounts that day.  “After they left,” she told me, “the dog sat by the door and whined and cried. He knew he’d never see them again.  I promised the woman we’d take care of him and I was ready to adopt him myself, but we ended up getting him placed with a really good family.”

“My dogs are the reason I get up every day,” Shari explained.  “To have lost them would have been too much for me to bear.”  RedRover understood that and provided her with a list of vets and boarding facilities so that she could choose the one Doja and Oliver would be most comfortable in.  “I was able to visit them regularly, which really gave me a reason to keep going. Knowing they were okay allowed me the time to get myself in a good place.”

Without RedRover, Shari’s options were limited. “I would have bunked at friends until I could have found another place to live, but then I wouldn’t have had the benefit of counseling and understood how my own family history played into choices.  None of that would have happened if my dogs weren’t okay.”

The sad part is, many domestic violence shelters recognize the problem, but just don’t have the funding to create pet-friendly accommodations.  For that reason, they partner with local animal shelters to take the animals in, but the caveat is – in many cases the client can never see that dog or cat again. It’s a cruel irony – in order to achieve safety, you’re forced to give up the one thing that loves you unconditionally.

Now in its 30th year, RedRover has been working tirelessly to level  the playing field by offering victims of domestic violence the chance to ensure that, in addition to themselves, their four-legged family members are also protected and safe. 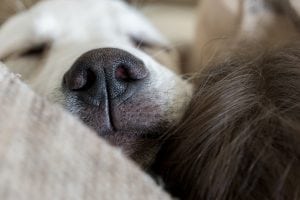 The importance of that can’t be overstated and is painfully obvious to the staff at BARCS.

“All these women have for comfort is their animal,” Lisa told me, “If someone could just keep them for a little while, imagine how much easier their recovery would be?”

RedRover’s grants are reviewed on a case-by-case basis and are awarded based on several factors, including urgency, financial need, and available funding.  Applications must be submitted online by a domestic violence advocate and a response is provided within one business day.  To learn more about RedRover, visit redrover.org.