There has been a lot of bullying going on in Annapolis, and surprise surprise…it was not from the dogs.

Even though pit bulls are no longer considered inherently dangerous by Maryland’s legal system, the outrage, confusion, heartbreak and fear that accompanied the original ruling still linger with pet owners and animal activists.

I fully admit that I am not well-versed in matters of politics – the lies, manipulation and selfishness is enough to make me want to hide under a blanket. I just don’t understand how some people can knowingly hurt others for their own gain.

That being said, I began to wonder if other people felt that way. I knew that the Maryland Court of Appeals had made a questionable ruling that had far-reaching negative effects on families, shelters, and innocent animals. I also knew that within the past few months, the General Assembly addressed the problems raised in the Court’s ruling. I did not, however, understand exactly what it took to achieve that outcome, and how much fighting we might still have to do.

Thankfully, many of the wonderful folks who fought tooth and nail for our pit bulls were willing to share their experiences. I will leave out certain names and details as a matter of good taste and respect for those on our side.

Let’s flash back to the end of the prior session – April of 2013. Families of pit bulls had been waiting anxiously for a reversal of the ruling that deemed the breed “inherently dangerous” and imposed strict liability for dog bites. By this point, many heartbroken dog parents were forced to surrender a cherished member of their family or face losing their homes. While lobbyists and legislators bickered over language, many believed that our politicians displayed a blatant disregard for the plight of the families and for the lives of hundreds, if not thousands, of “pit bull type dogs.” There seemed to be no urgency to reach a resolution to the issue before the session ended. As a final display of disrespect toward shocked, heartbroken, and confused Maryland citizens, the General Assembly played “Who Let the Dogs Out” (a song by Baha men that came out in 2000 if you’re not familiar) and patted themselves on the back for another completed session. Perhaps they thought this was a funny gesture, but little did they know that they just declared war on the animal welfare community.

Let me just tell you, I have met John Rallo, and I am SO glad to be on his good side…but I am getting ahead of myself.

Almost immediately after the session ended, an incredibly frustrated Melanie Snyder (Programs Manager at BARCS) decided that something had to be done. She went straight to a resource she knew would and could make things happen – Ritchie Brooks. Ritchie is the President of Teamster Local 730, is on the Board at BARCS, and is a guy who just wants to see the right thing done. Together, Melanie and Ritchie started a grassroots effort to push government to stop BSL (Breed Specific Legislation) and strict liability. They circled the wagons, recruited a few more key players, and got to work. 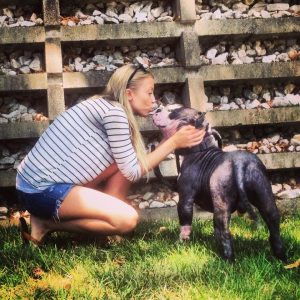 “Everyone was frustrated for two years — frustrated with the lack of communication between the House and the Senate,” Melanie said. “Someone needed to do something.”

They decided to rally quickly because they knew it was going to have to be a year-long fight. A private online correspondence space was created so the leaders could easily communicate and brainstorm. Volunteers from many pro-animal organizations came together to get the ball rolling. It was important to have an active presence in the community as well as active pressure on lawmakers in Annapolis. Street teams handed out flyers and mailers were sent out containing information about the law. Social media was a crucial vessel to reach the masses. It was used to spread awareness and provide news and updates. Educating the public was a main concern.

Senator Brian Frosh and Delegate Luiz Simmons were supportive of the remedial legislation. Ritchie was even able to get Senator Frosh to come to BARCS, speak to staff and volunteers and see some of the dogs.

Of course, no progress is made without a little hand-to-hand combat, so to speak. Ritchie had recruited John Rallo (MMA guru and one of our Softies), to create a presence that was impossible for lawmakers in Annapolis to ignore, as some politicians were not so supportive. Another Senator, who some refer to as “The Dog Bite Lawyer,” remained adamant about strict liability, and “ducked into a room” during one instance in which John Rallo demanded answers from him. Strict liability essentially means that the dog/dog owner is responsible no matter what, and has little if any opportunity to mount a defense. Many people believed that this drastic change in Maryland’s common law was overkill and patently unfair. Thankfully, when the strict liability issue was reintroduced during the 2014 session it gained zero supporters. 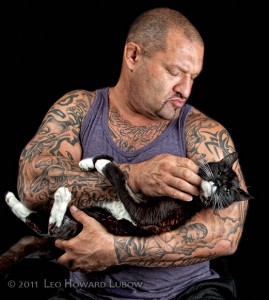 Since the idea of strict liability was unpopular overall, efforts were focused on getting rid of BSL (Breed Specific Legislation), or rather, Breed Discriminatory Legislation, a more apt term.

“Breed Specific Legislation is essentially racism in dog form,” Rallo said. Despite the general understanding that yes, this sort of discrimination is wrong, many concluded that some politicians served their own interests rather than those of the people they are supposed to represent. Pit Bull supporters pushed back hard and relentlessly against these politicians. Allegedly, one member of the Senate even used tax payer money to set up a call center to field the influx of calls demanding an end to BSL. Thanks to this constant pressure, HB247 was moved up in the schedule, just to shut us up.

One politician proposed an amendment to the bill, allegedly to be able to take credit for the legislation. The amendment was unnecessary and risky, and of course would draw out the process even longer. The politician was making threats to use their connections to hurt the cause and people associated with the cause “because they can.” John Rallo told this politician point blank, “if this amendment fu**s this bill up, I will use my connections to contact every local TV and radio station and make sure they know it’s your fault. A picture of you next to a bunch of dead dogs sure wouldn’t help your campaign.” When the politician asked why he would do this, John shot back, “because I can.”

“Ritchie and I are two blue collar people who weren’t going to take their shit,” John said. 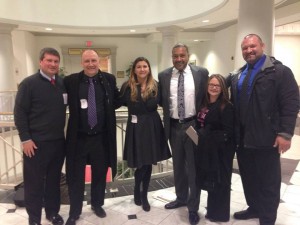 While I certainly applaud this commitment to fight the good fight, I still wasn’t too sure exactly what was happening behind closed doors. Thankfully, Tami Santelli, Maryland Senior State Director at the Humane Society, outlined the whole process in a way that we regular folks can understand:

“The bill process is complicated,” she said. “The gist is that the ruling was reversed and is now breed-neutral, and third party liability (i.e. landlords, etc.) is gone. This raises the bar for dog owners, but now the owners have the option to defend their dog. In strict liability cases, past behavior of the dog (if it’s usually friendly, has never bitten, etc.) would not have mattered. It basically shifts the burden from the victim to the dog owner.”

Part of Tami’s job is working on legislation, and she believes in the importance of partnering with other organizations to expand their range. “We got with B-More Dog for a grassroots advocacy movement to educate the public, and had 8 sessions all over the state.”

Ritchie Brooks was just concerned with doing the right thing, and it was personal. He is in a position in which politicians want things from him, and he wanted to make sure he did what he could to push them in the right direction.

Ritchie sadly lost his daughter in 2009, and she had told him to do something good with his status and connections.
Couple that with his wife’s urging to volunteer at a shelter, and the animals have a powerful guy in their corner. 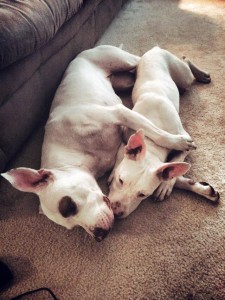 “I used to cuss at that show Pitbulls and Parolees, and yell at the TV,” Ritchie recalled.

Eventually his wife got tired of it and said, “Why don’t you do something about it?!” The rest is history.

“What this law is forcing people to go through is totally wrong,” Ritchie said. One pit bull in particular drove Ritchie to fight as hard as he had to for the right thing.

“I’m tearing up talking about it even now,” he confessed.

Despite his busy schedule, Ritchie makes time to volunteer at BARCS and walk dogs. Joker was having a difficult time adjusting to the leash, but Ritchie was able to handle him and help him learn the ropes. Since Ritchie was experienced, he was one of the few volunteers approved to walk Joker and they formed a bond.

“Joker was in kennel one; he still had a cone on his head from surgery. I said, ‘see ya tomorrow.’ He put his paws out and I gave him a treat. The next day, I came in and he wasn’t there. I asked where Joker was, and he had been put down.”

“It was a space issue. They called his number.”

“That’s when I knew this just ain’t right,” he said.

I could go on a whole lot longer about the back and forth and round and round that Ritchie shared, as it’s incredibly interesting and a little frightening given some of the people who currently have the power to make decisions for us, but I’m not sure any of us have that kind of time. There was a lot of game-playing, a lot of manipulation, a lot of pissing contests and a lot of selfishness.

What I hope you take from this story is the importance of understanding that there can sometimes be an entire behind-the-scenes fight that has to happen to incite change, but that making a change can be done. Don’t merely scratch the surface. If you do a little research, band with like-minded people, and empower yourself with knowledge, you have more power than you realize.

I’ll leave you with some good advice from John Rallo:

“If you make a stink, something will happen. Stand up for yourselves.”

“Be glad it’s the right way again now, but that doesn’t mean it’s over.” 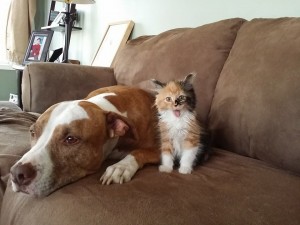 This peak into how Maryland politics work is brought to you by Carly McGee, special correspondent to Show Your Soft Side.