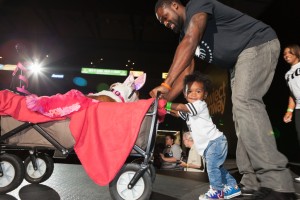 Last month, the third annual Pawject Runway took Baltimore by storm. Thirty two and a half (which includes Torrey Smith’s son, TJ) Softies, walked the runway with homeless animals from BARCS netting over $125,000 for the shelter. The night was filled with wagging tails, slobbery kisses and an arena full of love. 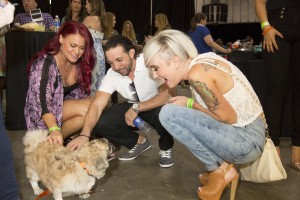 “[It’s] a night full of happiness and wiggles!  Everyone there wants to catch a glimpse of super cute butts–those that wiggle and those that are famous,” Doherty said. “Just when you think that you cannot get enough of the cute and fuzzy wiggles, you get to see these amazing ‘superstars’ willing to strut themselves next to a booty that will always get the most applause.” 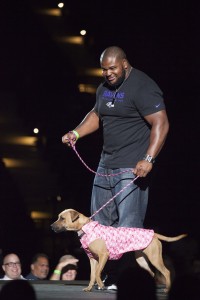 Doherty attributed the event’s huge success to the common goal shared by all those involved — ending animal abuse.

“Animals are sentient beings and by teaming up with such a wide variety of talent, Show your Soft Side is setting a precedent to simply love animals,” Doherty said. 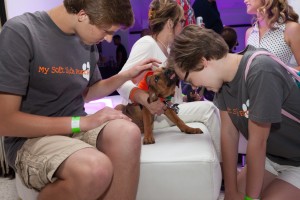 Amidst the kitty purrs and doggy slobber, Softies shamelessly snagged ‘Softie-Selfies’ with their new furry friends. 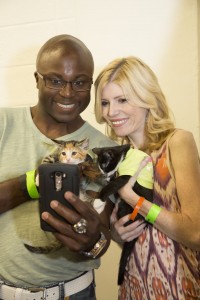 One of the most heartwarming connections made during the evening was between Army Sgt. Matthew White, who lost his leg in an IED explosion while serving overseas in Afghanistan, and Walker, a 7-year-old pit bull who had seen his fair share of combat on the streets of Baltimore. The two comrades walked the runway together, bringing the crowd to a standing ovation and leaving many with tears in their eyes. 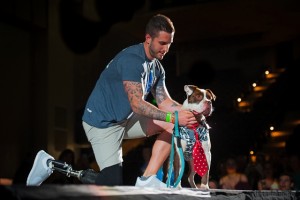 Many of the animals showcased at Pawject Runway had survived difficult and often abusive circumstances before rescue. But one pup in particular was very happy to be alive.

Nani, a cute-as-can-be pit bull, who just a week prior was found near-death in a Philadelphia park, attended Pawject Runway with her foster brother and VIP dog, Aladdin. Her story, although horrific, served as an inspiring reminder for what Pawject Runway was all about. 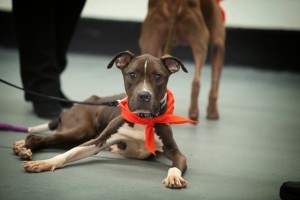 Nick Ehrlich, a runway veteran and Berlin’s escort, said he continues to come back year-after-year for that same reason. 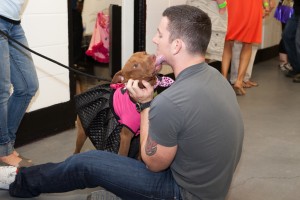 “Show Your Soft Side is doing a great job of spreading awareness about rescue animals, preventing abuse and helping animals in need all over the country,” Ehrlich said. “It feels amazing to get to contribute to such a great organization.” 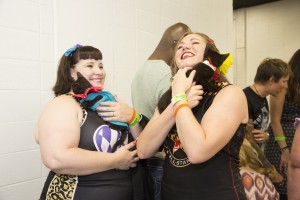 Everyone who attended Pawject Runway will agree, there were a ton of memorable moments and animals that tore at heart strings. For Tanya Roberts, a Charm City Roller Girl and Jazzy’s escort, an injured pitty, sporting a red wagon caught her eye.

“I absolutely fell in love with Adele, who was escorted by Torrey. She was an absolute sweetheart and just lovely,” Roberts said. 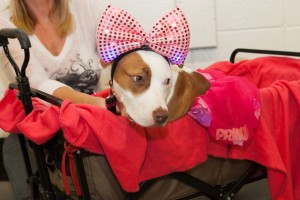 For Marcellus Soulblock, a Softie and runway vet, he was smitten with Tabby, a 14-year-old senior kitty with enough love to fill a room. 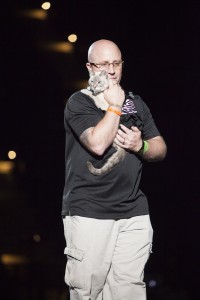 Although the preparation and coordination of an event as big as Pawject Runway can seem daunting and endless, Softies and the SYSS team return year after year. Why, you ask?

To put it plainly, the animals. 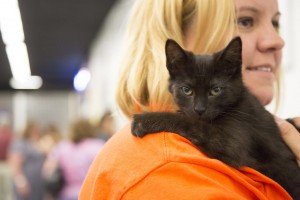 “Pawject Runway brings people together in a way that no other event does.  Where else would you see an Eagles player yukking it up a Ravens Super Fan?” Sande Riesett, a SYSS team member said. “Or a Super Bowl champ and a TV reporter taking selfies of themselves and the kitties?  Where else can you hang out and cuddle puppies alongside fan favorites like Torrey Smith and Brandon Williams? Or be there when Torrey takes the microphone and talks emotionally about how much Baltimore means to him? Truly, there’s no other event like it in Baltimore.” 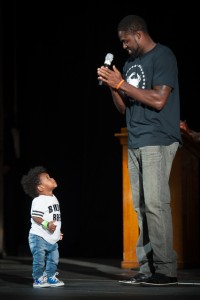 Pawject Runway is much more than a charity event. Its legacy reaches farther than the photo ops and autographs ever will. It’s an opportunity for people from all walks of life to come together to support those without a voice. It’s a chance to be a part of something with far more impact than many even consider. It gives a voice to the voiceless, and a life worth living to those who most deserve it. 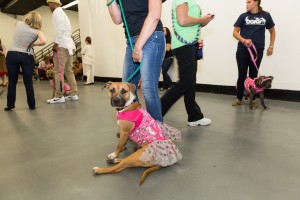 Although a family emergency kept her from attending that night, it didn’t stop our SYSS Special Correspondent, Cayla Baker, from giving you a taste of what you missed.