We’ve written a number of blogs about our Street Kitty Fund, so most people are aware that there are four of us who are on duty one week a month and that week swings from glorious highs to hideous heartache.  It would be normal to think, “What’s the big deal, so you reply to a few emails?”  And believe me, we thought the same thing when we first launched the program on a very small scale, back in 2019.

Today with an annual budget of $100,000 and no end to the supply of sick and injured street cats, it requires multiple arms and hats – from bookkeeper to appointments scheduler, accounts payable to guidance counselor, information resource to vet detective, as well as a shoulder to lean on.  Internally, we’ve set up systems to track kitties, costs and stats, as well as ensure that the handoff each Monday morning is as seamless as possible.

To survive, you need an equal combination of OCD, resourcefulness and pig-headed stubbornness.

Fortunately all of our admins have those traits in abundance.  At this point, I should explain – In addition to all our internal processes, we also have a private text thread among the four of us which given our range of experience (from incredibly knowledgeable to then there’s me), has been a godsend in tough situations.

Case in point.  On this past Saturday evening, a couple returning from a friend’s wedding saw a cat struggling to crawl up on the curb, stopped, bundled the cat in a blanket and immediately reached out to us.  Although it was my week on duty, I was already dead to the world.  My fellow admins knew there was no way I’d see it till the morning so approved it immediately.  (Which in and of itself is astounding given the “approver” was still recovering from her OWN wedding the night before.)  I didn’t discover the situation till 6:03 am the following morning, when the woman emailed us again to say no ERs had been willing to see the cat, what should she do?  Because of their own rescue animals, they had kept the cat in their basement and the woman had slept alongside him/her on the floor. 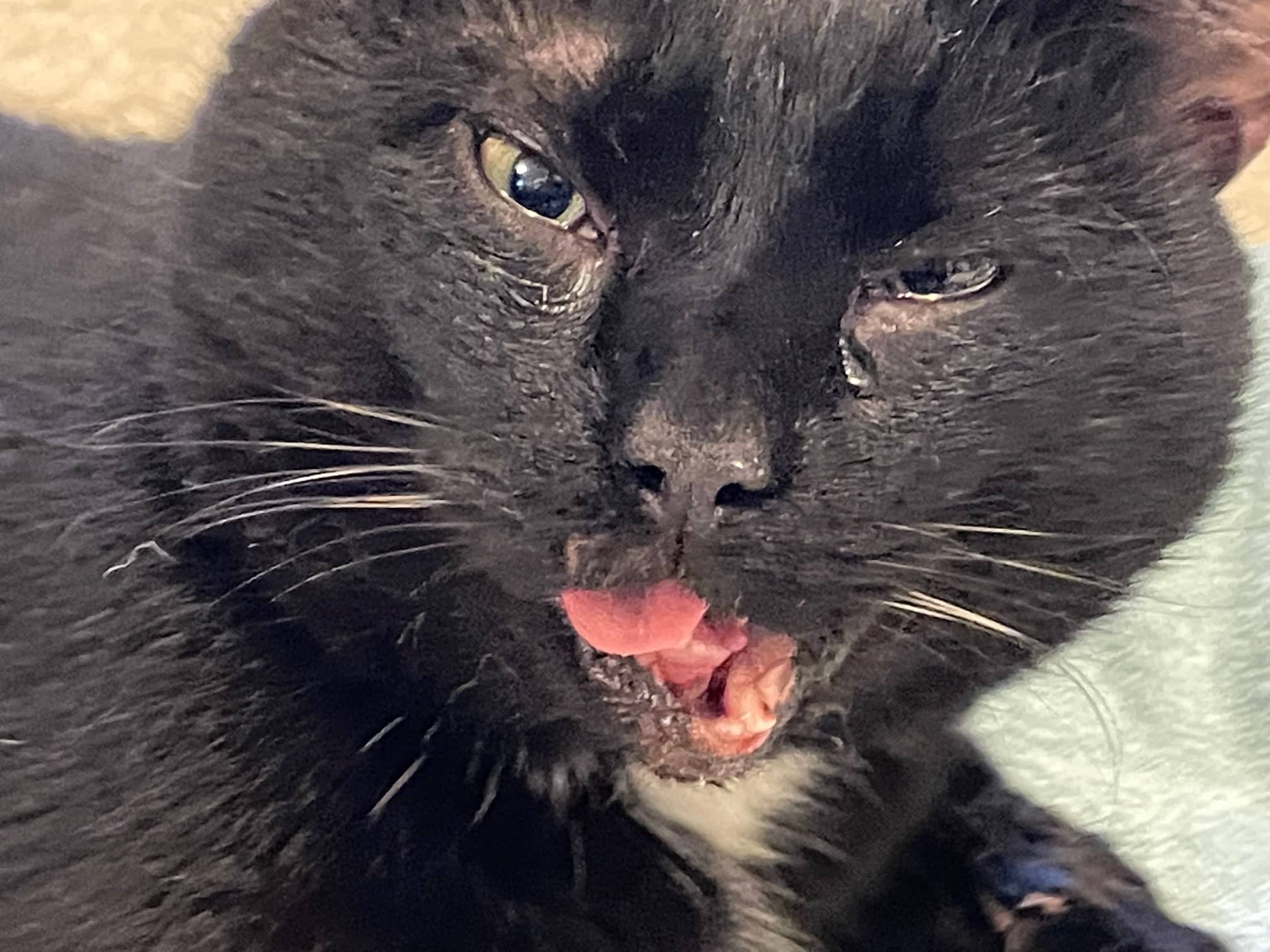 Sunday morning at 6:00 am, there aren’t a lot of choices.

I immediately called the woman and then hit our Street Kitty Fund private text thread for advice.  On the heels of that, I started Googling vets and animal hospitals, while others worked the phones. By 7:00 am, we had success – Mason Dixon Animal Emergency Hospital – 50 miles away would see the kitty.  Mr. and Mrs. Good Sam packed up and headed North. 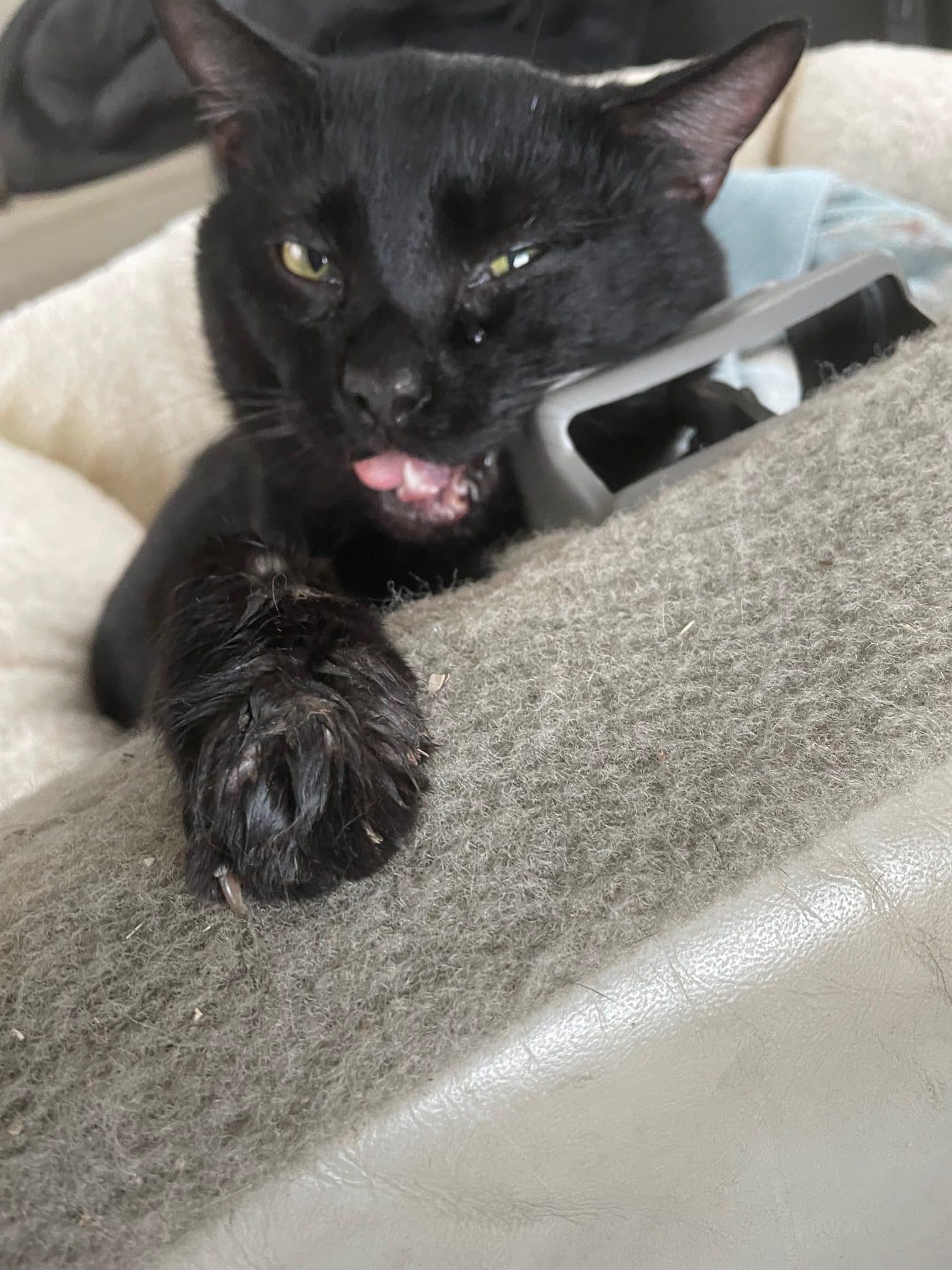 We were all so hopeful.

The kitty (later discovered to be a “he” and named Mason in honor of the emergency clinic) was able to stand up on the ride to Pennsylvania and although it was obvious he had a badly broken jaw, we took his alertness as a good sign.  Those hopes were destroyed a few hours later when we learned how horrific his injuries were.  The vets believe he was hit by a speeding car which resulted in traumatic injuries to his chest, liver and head, and even had we been able to cover the estimated $10,000 to $15,000 for all the surgeries required, the prognosis was grim.  They were astounded he had even made it through the night.

After conferring with the attending vet, we agreed that the kindest thing to do would be to humanely euthanize and end this sweet boy’s suffering. We had hoped for a miracle, but instead got heartbreak.

It would be fair to ask – why am I sharing a story with such an horrific and unhappy ending in a blog that’s supposed to be about all the elements involved in keeping the Street Kitty Fund running? Because every high and every heartbreak reminds us why we do what we do for the cats (and people) who have nowhere else to turn.

Postscript:  Later that day, the angels who rescued Mason called the ER to pay for a private cremation so Mason could go home with them after all. We are so grateful that he knew love in his final hours.